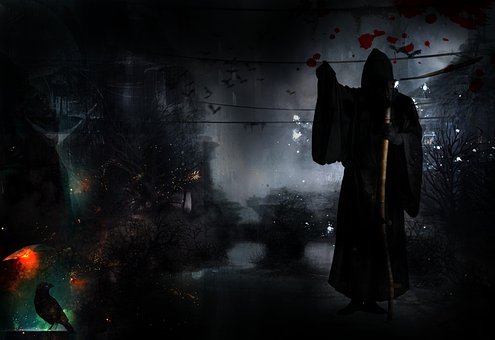 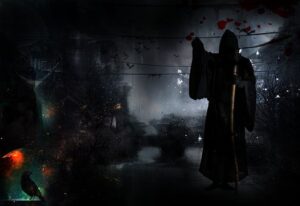 There be a crossroads demon here in our town; a lonely one, a saddened one but all the same a demon. Demons don’t like normal folk, they are jealous. They are jealous of what we are, and something they will never be. I’ve seen enough folk come and go throughout this town to know the difference between a hoax and a real-life experience. The crossroads demon, well he looks pretty normal. He looks just like you or me, heck he could even pass as a human right? Oh but kiddo, that’s where you’re wrong.

Normal humans like you or me kiddo, we got shadows. This fella don’t.

A crossroads demon doesn’t care who you are.
You drive down to the roads, just where the train track and the actual road meets and boy oh boy, you’ll see him, plain as day. He’ll be standing there, a smile on his face but his eyes aren’t blue or brown or green, they have the color of scarlet. That bloody damn color. He’ll smile at you and wave you closer and you’d think he’d be like any other teenage kid.

You see, if you got no shadow then you can’t pass anywhere in the world. A shadow is what ties you to this earth, it’s what ties you to the lie and the dark and every other section of the natural way of the planet. It’s also your life. You think for a moment if your shadow is a life signature what happens when it’s gone? Well, that’s Easy. You be dead but you just don’t know it. You’ll watch the world fade away and wonder why everyone’s forgotten you and why everyone seems to grow old and die so goddamn fast.

They can’t see you no more. Only a demon got that power to stay in the world of the living and actually be seen by the living.
There ain’t no hell and there certainly ain’t no heaven if you got no shadow boy. That crossroads demon, he’ll walk right up to you, talk to you and stare. He’ll bend down like he’s dropped a quarter and pick up your shadow. Then he’ll run to the other side of the tracks and that’ll be the end of it. You’ve just lost your life, just as easy and as quick as that and even with a smile served.

The crossroads demon ain’t got a name, but every person that crosses those tracks just disappears. Again purely cause we can’t see the dead. The shadow ain’t just your soul, it’s a combination of your soul and your flesh, hence why we see nobodies.

A crossroads demon can’t is reasoned with.
One thing I am noticing though, a lot of people are disappearing lately; every one of em at crossroads, regardless of trains. Even just you’re normal intersections and crossroads.
I drove into town the other day, drove right past a woman and a little girl walking to the other side; A guy without a shadow walking right up to em. He smiled and waved and did this thing, bending down to pick up a quarter. He snatched those shadows right up and ran, and I mean ran. Faster than a human can.

That’s what they are kiddo. They are a crossroads demon. So quick, painless and so final. Ain’t no one ever wanna end their life so quick like that.

These days I don’t walk across those pedestrian crossings because you can’t see a crossroads demon until it’s too goddamn late. I’ll drive across but I’m always quick about it. I see too many people just die and disappear like they were never there.

A crossroads demon doesn’t care about your family or your working life. They ain’t care you got a mortgage to pay or a thousand goddamn bills. They see right into your soul and they know exactly what burdens you got hanging right over your head but again they don’t care.
I keep thinking if I find the crossroads demon that took away my wife maybe I’ll have some closure but every time I get close enough to the bastard its that smile. It just paralyzes you. How many times now have I come so close to that death?

Oh don’t get me wrong, I’ve shot him. I’ve pumped shotgun shells into him; I’ve nailed him with .45 Handgun rounds. I’ve done everything I can to him, but nothing ever works. He simply heals up quick as a flash and stands there smiling like the world’s on fire but he’s too happy to care.
Your only option is to high tail it outta there and past those crossroads because a crossroads demon can’t pass the barrier that makes the road a crossroad. They can’t pass those barriers because that’s where the living is the strongest.

Let me ask you this, what’s stronger? A circle or across? If you said a circle, you’d be damn right. The world of the living might as well be exactly that, a circle. Inside that circle, at different points, there are these crosses. Ideally, that’s where our roads are, and it’s here with the constant coming and going that our barriers are weakest. That’s exactly where these bastards wait and they can wait an eternity.

A crossroads demon doesn’t care how long it has to wait.
Their world is boring to em, too much power, too much corruption not enough humor, or the beauty of the random event. Every time now that I drive by an intersection, even out here in the country, I see em. I see those people just standing at the lights and the crossing and sometimes, just sometimes I see someone without a shadow. Right there, that’s enough for me and most of the time I feel like high tailing it home, but there’s no point in doing that right there because a crossroads demon can smell the fear and if you ain’t careful, he’ll take your shadow alongside the shadow of the car. The bigger something is, the bigger the shadow it casts in the light. You see my point?

A crossroads demon ain’t one to be messed around with because if you do, there won’t be a body to bury. It’ll be like you never even existed at all.
Maybe pay attention the next time you cross a pedestrian crossing. Look around for the person without a shadow and if you see em, step off the crossing onto the road. If a car hits you, at least you know you’re hurting enough to know you’re alive.

You see anyone picking up a coin you’ve dropped, get the hell outta there! 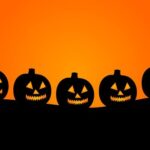 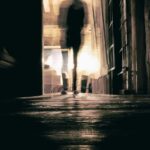 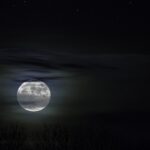